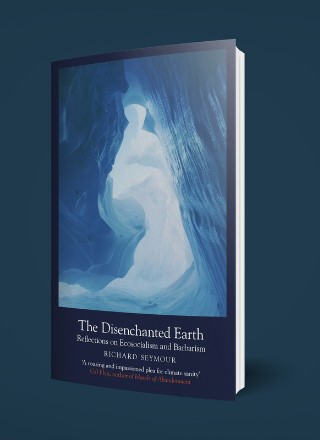 Reflections on Ecosocialism and Barbarism

From Richard Seymour, one of the UK’s leading public intellectuals, comes a characteristic blend of forensic insight and analysis, personal journey, and a vivid respect for the natural world.  A planetary fever-dream. An environmental awakening that is also a sleep-walking, unsteadily weaving between history, earth science, psychoanalysis, evolution, biology, art and politics. A search for transcendence, beyond the illusory eternal present.  These essays chronicle the kindling of ecological consciousness in a confessed ignoramus. They track the first enchantment of the author, his striving to comprehend the coming catastrophe, and his attempt to formulate a new global sensibility in which we value anew what unconditionally matters.  Richard’s book The Twittering Machine was a Bookseller Book of the Week, and received rave reviews in the Guardian, Observer, FT, Spectator and Tatler.  Richard’s previous book, Corbyn: The Strange Rebirth of Radical Politics, sold over 9,000 copies and was named one of the Best Books of 2016 by Times Higher Education.