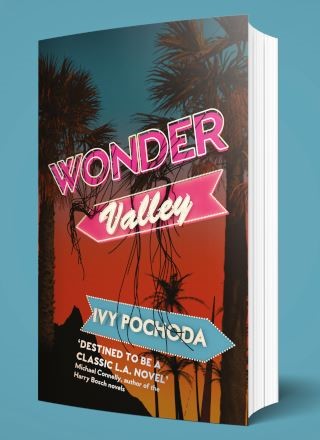 When a teenager runs away from his father’s mysterious commune, he sets in motion a domino effect that connects a cast of six characters who narrate Wonder Valley.

There’s Ren, just out of juvie, who travels to L.A. in search of his mother. There’s Owen and James, teenage twins who live in a desert commune where their father, a self-proclaimed healer, holds a powerful sway over his disciples. There’s Britt, who shows up at the commune harbouring a dark secret. There’s Tony, a bored and unhappy lawyer. And there’s Blake, a drifter hiding in the desert, doing his best to fight off his most violent instincts.

Their lives will all intertwine and come crashing together in a shocking way, one that could only happen in this enchanting, dangerous city.

'Destined to be a classic L.A. novel' Michael Connelly

'A dizzying, kaleiodoscopic thriller that refuses to let readers look away . . . impossible to put down' Los Angeles Times